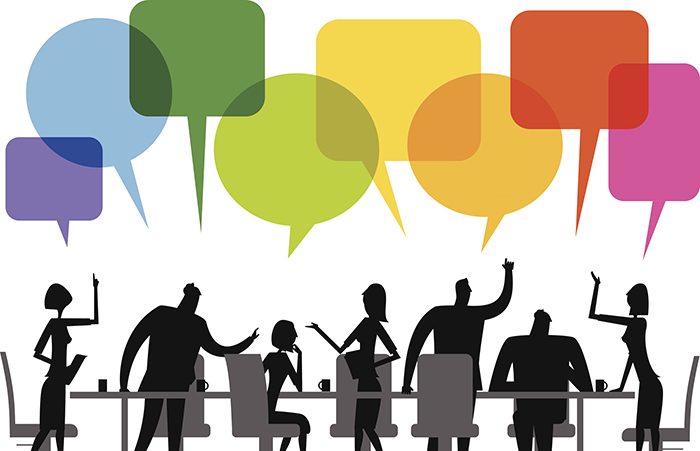 Politics can be defined as the art and doctrine of the forms of government of the States, that is, of decision-making, carried out by their administrative or leadership instances, or by direct participation of those represented. It is also a synonym for political science: the scientific discipline that studies the forms and dynamics of government.

Politics, normally, refers to the office of leading the State or the struggle for control of it, by the interested actors, that is, by the sectors that wish to exert their influence on the decisions taken regarding the common good. Said political actors can be political parties, trade unions, civil associations, or groups of citizens.

Politics deals with public affairs, as regards the social, cultural, and economic. It also refers to what concerns the relationship between States, or the very conception of their leadership.

The etymology of “politics”

The word politics comes from the Latin politics and this in turn from the Greek politikós, linked to the word politikē: “referring to citizens”. In Ancient Greece, the city was called polis, and by extension the whole of society, that is, the citizenship.

Politics has its origin in that of human society itself, since the human being, being a social animal. From the beginning sought the company of others of its kind and formed increasingly complex societies. This was not possible without some kind of organization.

In this way, the families, the individuals, and the groups that formed when they joined could make decisions more efficiently. They also reached a hierarchy that did not necessarily go through submission to the brute force of the leader.

In fact, mutual aid and cooperation, driven by our ability to articulate language, allowed for much more complex forms of understanding. Also, it was possible to distinguish between those who were part of the clan or the tribe, and those who were not, between what actions could be done freely and which could not, and between which forms of leadership are acceptable and which are not.

9,000 years ago the first cities arose and in them the first sedentary societies. Forced by their way of life to live together, they had to devise some kind of code of conduct that would facilitate social peace. In principle, religions played an important role in leading the masses, allowing the implantation of ethical and moral codes and governance mechanisms.

Many centuries later the same happened with the kings, who assumed positions on the throne by divine right. However, after the Bourgeois Revolutions and the rise of modernity, new social classes emerged and with them new ways of understanding society. They rescued concepts from Antiquity such as the Republic and Democracy.

The definition of politics has varied over time. And each of its thinkers has proposed their own definition, tailored to their understanding of it.

In Greco-Roman antiquity, for example, Plato thought of it as the fruit of the observation of reality and the test of various social changes, which had to be carried out by the wisest members of society. This is what he proposes in his Republic. His disciple, Aristotle, preferred a scientific approach to politics, which considered different aspects of society.

Nicholas Machiavelli, in the fifteenth century, preferred to think of it in much more practical terms: the constant power struggle. Something similar to what Carl Schmitt would later do in the 19th century. Who considered it as the friend-enemy dialectic, finding its maximum possible expression in war.

For its part, in the “Game Theory” proposed by TD Lewellen (1985), politics is defined as the set of “ the processes that intervene in the determination and realization of public objectives and the obtaining and differentiated use of power by part of the group members involved in these objectives ”.

There is no universal division of the entire field of politics. But it is generally understood based on two different aspects:

Generally, investing in social policy requires good economic policy, since if a nation plunges into poverty. It will be more difficult to sustain aid to the underprivileged or public education. In the same way, good economic management without social policy will lead to inequalities. And contradictions that will generate discomfort and the desire for change.

What are politics for?

Politics is an extremely important dimension of humanity, although widely criticized. It is often heard that politics is “dirty” since in the exercise of political tasks it is often easy to be a victim of dark interests, giving rise to corruption and other illegal behaviors, which disguise personal benefit as public administration.

However, politics is in everything and permeates all areas of human knowledge. State administration is part of politics, but also the fight for minority rights or popular forms of organization.

In short, whenever you want to evaluate, rethink or alter the rules of the game with which something is done in society, or you seek to solve the current ills of societies, you are making positive use of politics.

What is political culture?

This is the name given to the set of knowledge, attitudes, and evaluations that a specific population manifests about the political life and political system of their nation. This includes the political ideals, the political norms of a government, and other aspects that are historically constructed. They respond to the idiosyncrasies and political considerations that characterize this group.

What are public policies?

Public policies are known as projects and activities that are designed and executed by a State. As part of the activities carried out by the government. They are part of the public administration and are generally intended to satisfy the needs of society. Through regulatory measures, budgetary priorities, public spending, etc.

Political systems are ordered sets of theories, methodologies, and principles that are put into practice together when governing a society. These systems encompass social, economic, electoral, etc. considerations. And they can be implemented more or less strictly, more or less radically.

Some of them are capitalism, socialism, communism, dictatorship, democracy, directly and indirectly, feudalism, etc.

Political parties are citizen groups that aspire to exercise political power in societies. They represent a sector of society within the instances of political administration, even from the exercise of opposition or criticism.

Candidates for public office generally emerge from them. They have a spokesperson that speaks on behalf of the model of thought common to all those who make up the party.

Political science is the set of scientific and social disciplines that are responsible for the study of power. They are generally taught as a unified career, under the name of Political Science or Political Science. In western universities, 5 years are usually devoted to studying for a bachelor’s degree in this subject.